Mike Taylor is in his 18th season as a professional coach and was anmed head coach of the Hamburg Towers and also currently head coach of the Polish national team and preparing the team for the World Cup 2019 qualifying round. He is the son of Dick Taylor who was an NCAA coach and assistant with the New York Knicks. Mike Taylor started his coaching career in 2001 with Chemnitz (Germany-2.Bundesliga). In 2002-2003, he got valuable experience in the UK with the Essex Leopards London (United Kingdom). In 2003, he started to coach for ratiopharm Ulm leading them into the Beko BBL in 2006 and Beko BBL playoffs in 2009 before leaving in 2011. He had a record of 101-15 in four years of second Bundesliga basketball. He also has coached Kansas Cagerz (USBL) in the summer time as well as being an assistant for the Czech national team. In 2011 he made the jump back to the states and was an assistant for the Rio Grande Valley Vipers(D-League). He then was head coach of the Boston Celtics D League team Maine Red Claws and they reached the playoffs for the first time in team history. He spoke to German Hoops after getting the Hamburg Towers job. 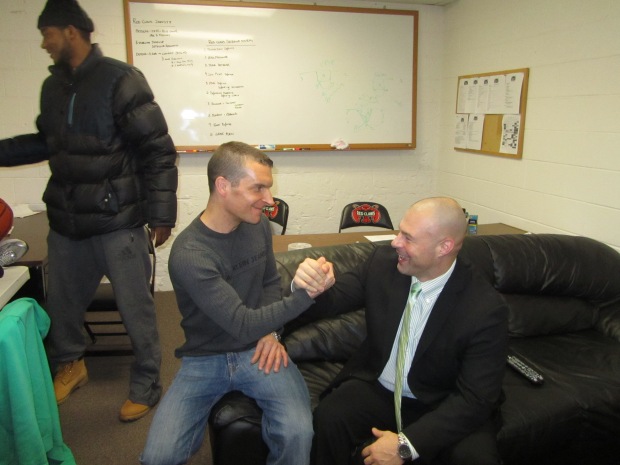 Mike thanks for talking to German Hoops. Welcome back to Germany and congrats on signing with the Hamburg Towers. 14 years ago you went into your first second Bundesliga season with ratiopharm Ulm. How good does it feel to be coaching in Germany again?

Thank you Miles!  14 years has been a long time filled with a lot of different basketball experiences from all over the world and I am thankful for the opportunities! I feel like I am arriving in Hamburg at an excellent time.  The Towers organization has tremendous potential and I believe there is a foundation for success.  I hope with a lot of hard-work and team-work we can write a similar success story to my time in Ulm.  It feels great because I think Hamburg is a good fit for coaching and for family off the floor.

You probably selected the prettiest city in Germany to work in. What is your early feeling about where you will be hanging out more to watch videos and do scouting more on the Alster lake or at the harbor and Elbe river.

Hamburg is a great city with big potential.  I will try to keep things simple and stick to the gym or the Towers team offices at Inselpark for video work but there is no debate that Hamburg has a lot to offer.  During my visit, I was able to see the Hafen Geburtstag and there was so much action.  I loved it!  My hope is we can bring high level basketball into this fun city.

END_OF_DOCUMENT_TOKEN_TO_BE_REPLACED 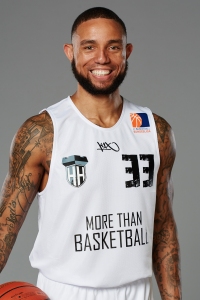 Greg, thanks for talking to German Hoops. It has been almost two years since our season ending interview when you were a member the Niners Chemnitz. Has time flown by since then?

You are welcome Miles. Thanks for reaching out to me for the interview. Yes the time has flown by since we last spoke. As in this business, time does go by fast as your in the seasons.

Before we get back to this season, lets go back briefly to last season where you played in Israel and Argentina. You played only 15 games in total. Was it on the court a season to forget, but memorable off the court as you witnessed two new cultures as you added countries 6 and 7 to your resume in your professional career?

Yes, The Israel second league is a good league. I was there from August to Februry, and then parted ways to sign with a previous powerhouse team in Argentina. Although, both situations at the time was not the best situations for me, that´s why so less games, but I still managed to finish the season off back in Finland, a familiar place for me. It was a blessing to be able to be in Israel to experience all of the biblical historical things that are there. It was definitely a great experience and time there. In Argentina, it was nice there also. The weather was similar to Israel, because I was located in one of the hottest spots in the country. So it made it nicer because of the good weather and being similar to my prior location. Outside of basketball for both countries were great situations. On the court, it was really great competition and leagues, but as an individual, it was not the best fit for me on the teams.

END_OF_DOCUMENT_TOKEN_TO_BE_REPLACED

Deandre thanks for talking to German Hoops! Where are you at the moment and how has your few days been after the end of the season with the Pro A Hamburg Towers?

Thanks for having me again. Right now I am gearing up to head back to America. The last week has consisted mainly of relaxing, and hanging out with teammates before we all go our separate ways.

The Hamburg Towers made a furious run in the last weeks and just missed the playoffs landing in ninth place. The ambition of the Hamburg Towers is the BBL and one doesn´t always know if the goal is very soon or if the management wants to be there yesterday? After reaching the playoffs last season, was this season a disappointment?

Yes it’s always a disappointment when you don’t do as well in the standings as the season before. It took this team I think awhile to click, since there were only 3 returners.

How often do you feel will the bitter 82-81 loss to Crailsheim resurface in your memory? A win in Crailsheim could have been your ticket to the playoffs.

Yes it plays in my head from time to time. It hurt a lot, because that could’ve heighten ed our great late season playoff push. But as I say, that’s basketball. We had a lot of close games this season, some went out way, and some went the other. I wouldn’t say our season was defined solely off of that play.

END_OF_DOCUMENT_TOKEN_TO_BE_REPLACED

Deandre congrats on the big 99-86 win against the ETB Wohnbau Baskets Essen. How good does it feel being on a two game winning streak?

It is feeling pretty good, but we still have a long way to go to get to where we want to be as a team.

END_OF_DOCUMENT_TOKEN_TO_BE_REPLACED

Deandre thanks for talking to German Hoops.Where are you at the moment and how has your summer been?

Right now I am in Albuquerque ,New Mexico. Summer has been good so far, just working on my game, and running a kids camp.

Your season ended on April 30 with Herten as you lost against Schwelm. How disappointing was not being able to keep the club in the Pro B?

It was a big disappoint. Nobody wants to move down a league, especially when we were in the playoff race around the Christmas break.

END_OF_DOCUMENT_TOKEN_TO_BE_REPLACED

The Hamburg Towers have a three game winning streak at home. It seems like the club is really getting used to their own living room. How special is it playing in the Hamburg arena?

Playing in Hamburg is really special. The new arena looks is very nice. We are getting a great turnout at our games and the overall support for the club is great! As a team, we play hard and very uptempo. The fans have really seemed to enjoy it so far.

The main change we’ve made is to just slow down and really execute our offense. We’ve been sharing the ball a lot better and getting out in transition.

END_OF_DOCUMENT_TOKEN_TO_BE_REPLACED

In the world city of Hamburg were just counting swans on the Alster can be seen as a hobby as there are so many, there are many sport clubs with rich tradition like soccer team HSV that has been in service for 127 years, St Pauli have been around for 94 years and the Uhlenhorster hockey team have been competiting for 113 years and now the city Hamburg that was host of the 2010 U-17 World Championships in basketball where Giessen guard Besnek Bekteshi tore up the competition had a new professional basketball team going to start a new era in Giessen that has been around since 1846 as they played their first professional game in the infamous and loud Osthalle. It was a long pre season for the team as they played very much basketball with a roster that was put together in July. It was also not a surprise that both the makers of this Hamburg Towers project ex German national player Marvin Willoughby and Frankfurt Skyliners legend Pascal Roller were on hand to witness history. Despite a frantic and almost successful comeback at the end of the game, Pascal Roller who was sporting a stylish dark black shirt bearing the intials of the city Hamburg HH was more relaxed while the more suave looking Willoughby who is a mix between Denzel Washington and Tyson Beckford was a bit more nervous at the end, but with 0,9 seconds to go another missed Hamburg free throw was left rolling on the rim as no Giessen player seemed awake allowing Terrry „Air Canada“ Thomas to secure the rebound and seal the 66-65 win as both chefs smiled and escaped Giessen with a victory. 40 minutes after the narrow win, Marvin Willoughby was able to summarize the 40 minutes that he had just witnessed. „We found out at the end that you have to play for 40 minutes and not 39 minutes. If you give up 9 points in the last minute, you will get punished. We were lucky that we won, but I am very happy that we won. We had a good phase in the up and down moments to stick together as a team. I thought we played a pretty good defensive game, but lost focus at the end. We have very much potential on the defensive end to get even better“, stressed Marvin Willoughby. „We wanted to win that first game at home. We didn´t execute well in the first half, but in the second half we executed better on offense, but still had defensive break downs. I felt that every player gave 100%. We have to get better and shoot for two wins this week“, added Giessen forward Andre Marhold.