Watching Elijah Clarance think out his flight to the basket and then observe how he flies and finishes with a crushing dunk that can remind one of a Vince Carter or Michael Jordan back in the day or seeing a Brady Heslip offer a beautiful shooting clinic from the parking lot as he makes pinpoint accuracy at times remind one of how easy ex NBA player Andrew Rautins made it look when he was firing away for the Fraport Skyliners 6 years ago are two things that fans have enjoyed watching this season in Frankfurt, but in Braunschweig fans have been following a different type of breathtaking experience and that has been the rise of Deandre Lansdowne who only three years ago was a known Pro B player in Germany for Herten, but was an unknown player to BBL experts as he was at the bottom of the basketball ladder starting a slow climb up, while today via the Pro A and taking the path step by step and never ever giving up on the rugged, tiring and difficult European basketball process has become more than a solid easyCredit BBL player, but a player that not only is top 10 in scoring, but a guy that has shone with his versatile game in one of Europe´s top leagues. I have had the pleasure of covering this exceptional and out of the ordinary player since he began in Herten in the late summer of 2015 and featured him on eurobasket and German Hoops interviews and have enjoyed his rise and his never die attitude of always believing in his abilities, continuing to work hard and never feel satisfied of removing that chip from his shoulder, but letting it stay heavy motivating him to never stop working, but always being hungry of wanting to become better and continuing to work his way up the basketball ladder. Last season in his first season with the Basketball Lowen Braunschweig, he proved again that he is a special player and can play at any level as he needed no adjustment time and became a solid easyCredit BBL player. Some guys may have finally become content of earning a nice pay check and skipped more extra shifts in the gym for that lazy sofa TV night or skipped the diet one too many times for that extra Big Mac at Mikey D´s, but not Deandre Lansdowne. He remained focused and delivered a quote that should be an eyeopener not only for every player that has been doubted their whole career, but any player out there who wants to be the best that they can be. “I have an obsession of being great. I’m never satisfied with where I am, I always want to keep climbing. I want to continue learning more, getting better, and playing basketball at a high level. But I also never lose sight of how far I’ve come and how much I’ve enjoyed the ride”, warned Deandre Lansdowne. Over the years, there have been American guys in Germany like a Josh Young or Josh Parker that began in the Pro B and made the jump to the BBL and a few more, but Lansdowne could very well be the player that makes it the farthest as a player when all is said and done, because he has the biggest work ethic and greatest motivation of anyone that has ever made the jump from the Pro B to the BBL.

END_OF_DOCUMENT_TOKEN_TO_BE_REPLACED 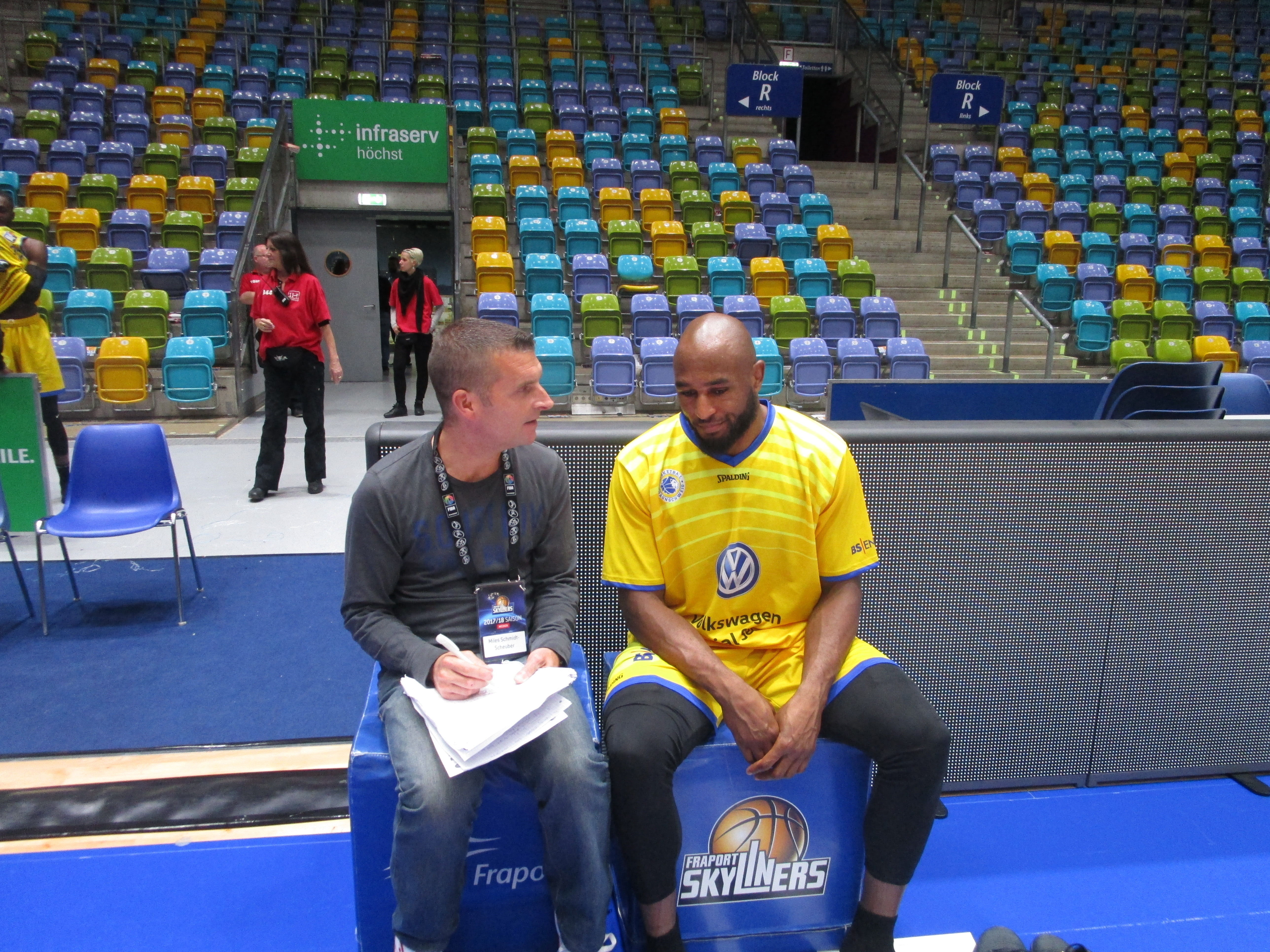 Miles Schmidt-Scheuber has covered the Cinderella career of Deandre Lansdowne since he played in the Pro B with Herten via Pro A team Hamburg Towers. The American has adjusted well to the BBL as he dropped 11 points and dished out 6 assists in a 78-71 loss in Frankfurt

Deandre thanks for talking to German Hoops. Where are you at the moment and how did you celebrate the holiday season?

Hi, Good speaking with with you again. I’m in Braunschweig. I didn’t do much. We had quite a few games the last weeks. So I’ve just been focusing on basketball. But the good part is my mother has been in throughout the holidays, so it’s been nice spending time with her.

Nope, nothing new. I would say Hamburg had a better holiday season with their huge Christmas market.

Congrats on reaching the easyCredit BBL in your third season with Braunschweig. In our last interview in April 2017 you stated that “My Next Step Is To Be One Of The More Dominant Players In Pro A”. Did you not sell yourself a bit short? You must of felt after that strong Pro A season that you could reach the BBL or not?

My plan was always to get to the BBL, but if I happened to play in Pro A again, that was my goal, so that I could only spend 1 more season there.

END_OF_DOCUMENT_TOKEN_TO_BE_REPLACED

Deandre thanks for talking to German Hoops! Where are you at the moment and how has your few days been after the end of the season with the Pro A Hamburg Towers?

Thanks for having me again. Right now I am gearing up to head back to America. The last week has consisted mainly of relaxing, and hanging out with teammates before we all go our separate ways.

The Hamburg Towers made a furious run in the last weeks and just missed the playoffs landing in ninth place. The ambition of the Hamburg Towers is the BBL and one doesn´t always know if the goal is very soon or if the management wants to be there yesterday? After reaching the playoffs last season, was this season a disappointment?

Yes it’s always a disappointment when you don’t do as well in the standings as the season before. It took this team I think awhile to click, since there were only 3 returners.

How often do you feel will the bitter 82-81 loss to Crailsheim resurface in your memory? A win in Crailsheim could have been your ticket to the playoffs.

Yes it plays in my head from time to time. It hurt a lot, because that could’ve heighten ed our great late season playoff push. But as I say, that’s basketball. We had a lot of close games this season, some went out way, and some went the other. I wouldn’t say our season was defined solely off of that play.

END_OF_DOCUMENT_TOKEN_TO_BE_REPLACED

Deandre congrats on the big 99-86 win against the ETB Wohnbau Baskets Essen. How good does it feel being on a two game winning streak?

It is feeling pretty good, but we still have a long way to go to get to where we want to be as a team.

END_OF_DOCUMENT_TOKEN_TO_BE_REPLACED

Deandre thanks for talking to German Hoops.Where are you at the moment and how has your summer been?

Right now I am in Albuquerque ,New Mexico. Summer has been good so far, just working on my game, and running a kids camp.

Your season ended on April 30 with Herten as you lost against Schwelm. How disappointing was not being able to keep the club in the Pro B?

It was a big disappoint. Nobody wants to move down a league, especially when we were in the playoff race around the Christmas break.