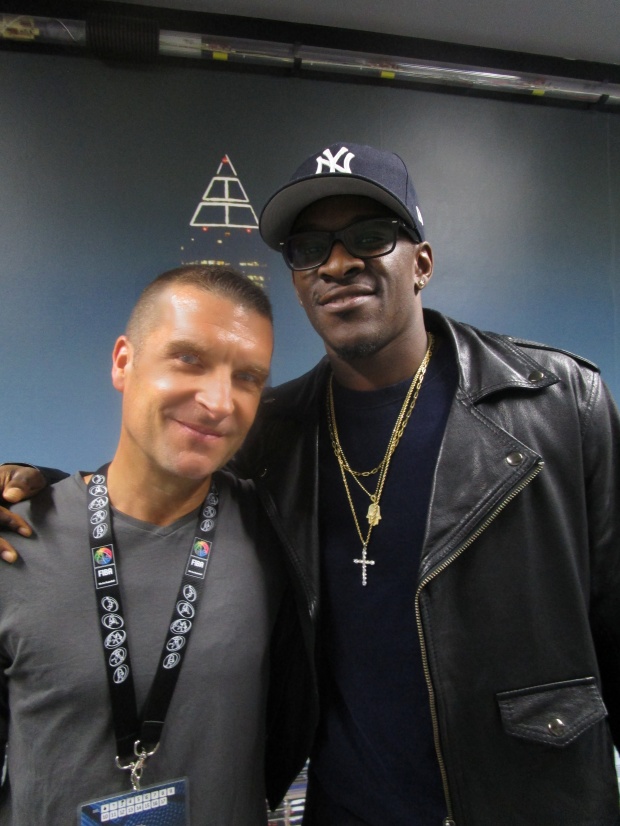 Miles Schmidt-Scheuber with Japhet Mcneil in the Fraport arena 2016

Japhet thanks for talking to German Hoops. Where are you at the moment and how was your holiday season this year?

Thanks for having me miles, always a pleasure! Currently I’m back in Germany. My holiday break was refreshing. Got a chance to visit my home town with my wife and my 10 month old daughter. Well needed trip.

2018 has come. Are you the kind of guy that believes in setting new years resolutions or are you the type of guy that doesn´t bother and just lives from day to day?

I’m more of a new year, same motto type of guy. Keep striving on growth. If I need to adjust something in life then so be it, but new year resolutions are pretty much for the folks who sign up for gym memberships on Jan 2!!

The last interview we did was in the summer of 2014. Has time flown by in the last three years. How has the man Japhet Mcneil matured as a player and person since this time?

Yeah a lot has changed since then. I became a husband and a father, business owner and established my life in Germany off the court. Where I can have comfortable living. That balance is key, it allows me to play with a different poise.

END_OF_DOCUMENT_TOKEN_TO_BE_REPLACED

Japhet, it is almost September, the leagues around the world are starting up, but you are still looking for a team. Are you surprised that you are still jobless?

Im not suprised, more so patient. Teams are still looking, they have signed some players early but some players dont pan out and they look else where, thats where my services come in play.

END_OF_DOCUMENT_TOKEN_TO_BE_REPLACED

He spoke to German Hoops about Basketball and life.