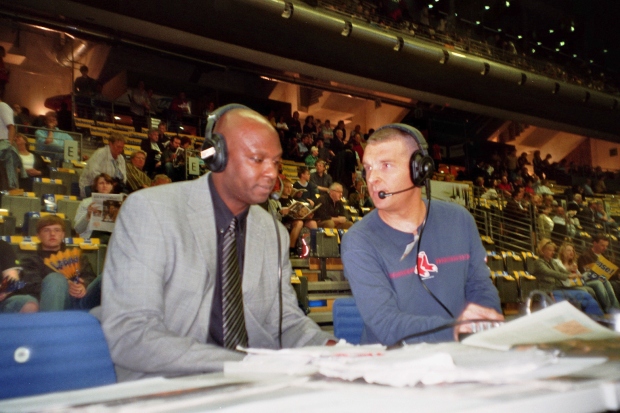 CJ thanks for talking to German Hoops. Where are you at the moment and how is your summer coming along?

I appreciate the opportunity to get a chance to talk with you. At the moment I am in Erie, Pa where I finished my college career. Summer has been great so far. I got a chance to spend time with my girlfriend, family, and friends after being away during my season.

Congrats on signing with the German pro B team Bayer Giants Leverkusen. You are coming from the first division in Norway from Konigsberg. After being a rookie with BSG Bremerhaven, how important was it for you to come back to Germany and play for a team?

Germany has always been like a second home to me. It’s a place where I grew up and learned a lot. To have the opportunity to come back to Germany to play is really exciting, especially Leverkusen where I spent many years.

Your dad Calvin has been affiliated with many teams in Germany like Bayreuth, Ulm, Alba Berlin or Bremerhaven. After being in the Bremerhaven organization you now are with Leverkusen where your dad once coached as well. What was the deciding factor that made you sign with this traditional team?

Leverkusen is a great club to play for and having a previous relationship with both the head and assistant coach made it an even better choice. I have known Achim Kuczmann and Hansi Gnad since I was young and I know having them as my coaches will help me improve as a basketball player.